Face recognition is the problem of identifying and verifying people in a photograph by their face.

It is a task that is trivially performed by humans, even under varying light and when faces are changed by age or obstructed with accessories and facial hair. Nevertheless, it is remained a challenging computer vision problem for decades until recently.

In this post, you will discover the problem of face recognition and how deep learning methods can achieve superhuman performance. 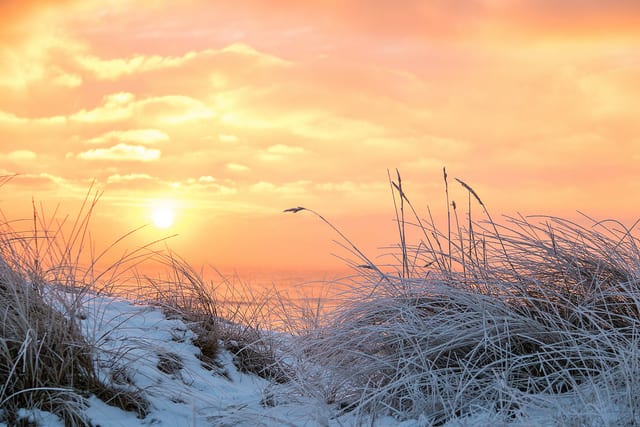 A Gentle Introduction to Deep Learning for Face Recognition
Photo by Susanne Nilsson, some rights reserved.

There is often a need to automatically recognize the people in a photograph.

There are many reasons why we might want to automatically recognize a person in a photograph.

Generally, we refer to this as the problem of automatic “face recognition” and it may apply to both still photographs or faces in streams of video.

We can find the faces in an image and comment as to who the people are, if they are known. We can do this very well, such as when the people have aged, are wearing sunglasses, have different colored hair, are looking in different directions, and so on. We can do this so well that we find faces where there aren’t any, such as in clouds.

Nevertheless, this remains a hard problem to perform automatically with software, even after 60 or more years of research. Until perhaps very recently.

For example, recognition of face images acquired in an outdoor environment with changes in illumination and/or pose remains a largely unsolved problem. In other words, current systems are still far away from the capability of the human perception system.

Face recognition is the problem of identifying or verifying faces in a photograph.

A general statement of the problem of machine recognition of faces can be formulated as follows: given still or video images of a scene, identify or verify one or more persons in the scene using a stored database of faces

A given system may have a separate module or program for each step, which was traditionally the case, or may combine some or all of the steps into a single process.

A helpful overview of this process is provided in the book “Handbook of Face Recognition,” provided below:

Face detection is the non-trivial first step in face recognition.

It is a problem of object recognition that requires that both the location of each face in a photograph is identified (e.g. the position) and the extent of the face is localized (e.g. with a bounding box). Object recognition itself is a challenging problem, although in this case, it is similar as there is only one type of object, e.g. faces, to be localized, although faces can vary wildly.

The human face is a dynamic object and has a high degree of variability in its appearance, which makes face detection a difficult problem in computer vision.

Further, because it is the first step in a broader face recognition system, face detection must be robust. For example, a face cannot be recognized if it cannot first be detected. That means faces must be detected with all manner of orientations, angles, light levels, hairstyles, hats, glasses, facial hair, makeup, ages, and so on.

As a visual front-end processor, a face detection system should also be able to achieve the task regardless of illumination, orientation, and camera distance

The 2001 paper titled “Face Detection: A Survey” provides a taxonomy of face detection methods that can be broadly divided into two main groups:

The feature-based face detection uses hand-crafted filters that search for and locate faces in photographs based on a deep knowledge of the domain. They can be very fast and very effective when the filters match, although they can fail dramatically when they don’t, e.g. making them somewhat fragile.

… make explicit use of face knowledge and follow the classical detection methodology in which low level features are derived prior to knowledge-based analysis. The apparent properties of the face such as skin color and face geometry are exploited at different system levels.

Alternately, image-based face detection is holistic and learns how to automatically locate and extract faces from the entire image. Neural networks fit into this class of methods.

… address face detection as a general recognition problem. Image-based representations of faces, for example in 2D intensity arrays, are directly classified into a face group using training algorithms without feature derivation and analysis. […] these relatively new techniques incorporate face knowledge implicitly into the system through mapping and training schemes.

Perhaps the dominant method for face detection used for many years (and was used in many cameras) was described in the 2004 paper titled “Robust Real-time Object Detection,” called the detector cascade or simply “cascade.”

Their detector, called detector cascade, consists of a sequence of simple-to-complex face classifiers and has attracted extensive research efforts. Moreover, detector cascade has been deployed in many commercial products such as smartphones and digital cameras. While cascade detectors can accurately find visible upright faces, they often fail to detect faces from different angles, e.g. side view or partially occluded faces.

The task of face recognition is broad and can be tailored to the specific needs of a prediction problem.

For example, in the 1995 paper titled “Human and machine recognition of faces: A survey,” the authors describe three face recognition tasks:

They summarize these three separate tasks as follows:

Matching requires that the candidate matching face image be in some set of face images selected by the system. Similarity detection requires in addition to matching that images of faces be found which are similar to a recalled face this requires that the similarity measure used by the recognition system closely match the similarity measures used by humans Transformation applications require that new images created by the system be similar to human recollections of a face.

— Human and machine recognition of faces: A survey, 1995.

A face recognition system is expected to identify faces present in images and videos automatically. It can operate in either or both of two modes: (1) face verification (or authentication), and (2) face identification (or recognition).

We can describe the problem of face recognition as a supervised predictive modeling task trained on samples with inputs and outputs.

In all tasks, the input is a photo that contains at least one face, most likely a detected face that may also have been aligned.

The output varies based on the type of prediction required for the task; for example:

Face recognition has remained an active area of research in computer vision.

Perhaps one of the more widely known and adopted “machine learning” methods for face recognition was described in the 1991 paper titled “Face Recognition Using Eigenfaces.” Their method, called simply “Eigenfaces,” was a milestone as it achieved impressive results and demonstrated the capability of simple holistic approaches.

Face images are projected onto a feature space (“face space”) that best encodes the variation among known face images. The face space is defined by the “eigenfaces”, which are the eigenvectors of the set of faces; they do not necessarily correspond to isolated features such as eyes, ears, and noses

The 2018 paper titled “Deep Face Recognition: A Survey,” provides a helpful summary of the state of face recognition research over the last nearly 30 years, highlighting the broad trend from holistic learning methods (such as Eigenfaces), to local handcrafted feature detection, to shallow learning methods, to finally deep learning methods that are currently state of the art.

The holistic approaches dominated the face recognition community in the 1990s. In the early 2000s, handcrafted local descriptors became popular, and the local feature learning approach were introduced in the late 2000s. […] [shallow learning method] performance steadily improves from around 60% to above 90%, while deep learning boosts the performance to 99.80% in just three years.

Given the breakthrough of AlexNet in 2012 for the simpler problem of image classification, there was a flurry of research and publications in 2014 and 2015 on deep learning methods for face recognition. Capabilities quickly achieved near-human-level performance, then exceeded human-level performance on a standard face recognition dataset within a three year period, which is an astounding rate of improvement given the prior decades of effort.

There are perhaps four milestone systems on deep learning for face recognition that drove these innovations; they are: DeepFace, the DeepID series of systems, VGGFace, and FaceNet. Let’s briefly touch on each.

DeepFace is a system based on deep convolutional neural networks described by Yaniv Taigman, et al. from Facebook AI Research and Tel Aviv. It was described in the 2014 paper titled “DeepFace: Closing the Gap to Human-Level Performance in Face Verification.” It was perhaps the first major leap forward using deep learning for face recognition, achieving near human-level performance on a standard benchmark dataset.

Our method reaches an accuracy of 97.35% on the Labeled Faces in the Wild (LFW) dataset, reducing the error of the current state of the art by more than 27%, closely approaching human-level performance.

— DeepFace: Closing the Gap to Human-Level Performance in Face Verification, 2014.

The DeepID, or “Deep hidden IDentity features,” is a series of systems (e.g. DeepID, DeepID2, etc.), first described by Yi Sun, et al. in their 2014 paper titled “Deep Learning Face Representation from Predicting 10,000 Classes.” Their system was first described much like DeepFace, although was expanded in subsequent publications to support both identification and verification tasks by training via contrastive loss.

FaceNet was described by Florian Schroff, et al. at Google in their 2015 paper titled “FaceNet: A Unified Embedding for Face Recognition and Clustering.” Their system achieved then state-of-the-art results and presented an innovation called ‘triplet loss‘ that allowed images to be encoded efficiently as feature vectors that allowed rapid similarity calculation and matching via distance calculations.

FaceNet, that directly learns a mapping from face images to a compact Euclidean space where distances directly correspond to a measure of face similarity. […] Our method uses a deep convolutional network trained to directly optimize the embedding itself, rather than an intermediate bottleneck layer as in previous deep learning approaches. To train, we use triplets of roughly aligned matching / non-matching face patches generated using a novel online triplet mining method

— FaceNet: A Unified Embedding for Face Recognition and Clustering, 2015.

The VGGFace (for lack of a better name) was developed by Omkar Parkhi, et al. from the Visual Geometry Group (VGG) at Oxford and was described in their 2015 paper titled “Deep Face Recognition.” In addition to a better-tuned model, the focus of their work was on how to collect a very large training dataset and use this to train a very deep CNN model for face recognition that allowed them to achieve then state-of-the-art results on standard datasets.

… we show how a very large scale dataset (2.6M images, over 2.6K people) can be assembled by a combination of automation and human in the loop

Although these may be the key early milestones in the field of deep learning for computer vision, progress has continued, with much innovation focused on loss functions to effectively train the models.

For an excellent up-to-date summary, see the 2018 paper “Deep Face Recognition: A Survey.”

In this post, you discovered the problem of face recognition and how deep learning methods can achieve superhuman performance.

AI System Kinship Relationships And Their Ramifications: The Case of Autonomous Cars