Training deep neural networks with tens of layers is challenging as they can be sensitive to the initial random weights and configuration of the learning algorithm.

Batch normalization is a technique for training very deep neural networks that standardizes the inputs to a layer for each mini-batch. This has the effect of stabilizing the learning process and dramatically reducing the number of training epochs required to train deep networks.

In this post, you will discover the batch normalization method used to accelerate the training of deep learning neural networks. 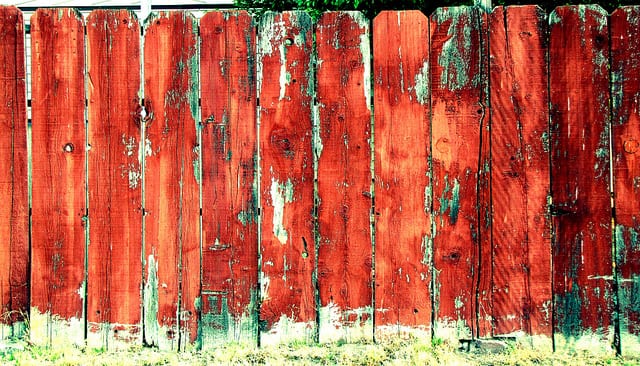 Gentle Introduction to Batch Normalization to Accelerate the Training of Deep Neural Networks
Photo by Tamara Aguilar, some rights reserved.

One aspect of this challenge is that the model is updated layer-by-layer backward from the output to the input using an estimate of error that assumes the weights in the layers prior to the current layer are fixed.

Very deep models involve the composition of several functions or layers. The gradient tells how to update each parameter, under the assumption that the other layers do not change. In practice, we update all of the layers simultaneously.

Because all layers are changed during an update, the update procedure is forever chasing a moving target.

Training Deep Neural Networks is complicated by the fact that the distribution of each layer’s inputs changes during training, as the parameters of the previous layers change. This slows down the training by requiring lower learning rates and careful parameter initialization, and makes it notoriously hard to train models with saturating nonlinearities.

The authors of the paper introducing batch normalization refer to change in the distribution of inputs during training as “internal covariate shift.”

We refer to the change in the distributions of internal nodes of a deep network, in the course of training, as Internal Covariate Shift.

Batch normalization, or batchnorm for short, is proposed as a technique to help coordinate the update of multiple layers in the model.

Batch normalization provides an elegant way of reparametrizing almost any deep network. The reparametrization significantly reduces the problem of coordinating updates across many layers.

This process is also called “whitening” when applied to images in computer vision.

By whitening the inputs to each layer, we would take a step towards achieving the fixed distributions of inputs that would remove the ill effects of the internal covariate shift.

Standardizing the activations of the prior layer means that assumptions the subsequent layer makes about the spread and distribution of inputs during the weight update will not change, at least not dramatically. This has the effect of stabilizing and speeding-up the training process of deep neural networks.

Batch normalization acts to standardize only the mean and variance of each unit in order to stabilize learning, but allows the relationships between units and the nonlinear statistics of a single unit to change.

Normalizing the inputs to the layer has an effect on the training of the model, dramatically reducing the number of epochs required. It can also have a regularizing effect, reducing generalization error much like the use of activation regularization.

Batch normalization can have a dramatic effect on optimization performance, especially for convolutional networks and networks with sigmoidal nonlinearities.

Although reducing “internal covariate shift” was a motivation in the development of the method, there is some suggestion that instead batch normalization is effective because it smooths and, in turn, simplifies the optimization function that is being solved when training the network.

… BatchNorm impacts network training in a fundamental way: it makes the landscape of the corresponding optimization problem be significantly more smooth. This ensures, in particular, that the gradients are more predictive and thus allow for use of larger range of learning rates and faster network convergence.

— How Does Batch Normalization Help Optimization? (No, It Is Not About Internal Covariate Shift), 2018.

How to Standardize Layer Inputs

Batch normalization can be implemented during training by calculating the mean and standard deviation of each input variable to a layer per mini-batch and using these statistics to perform the standardization.

Alternately, a running average of mean and standard deviation can be maintained across mini-batches, but may result in unstable training.

It is natural to ask whether we could simply use the moving averages […] to perform the normalization during training […]. This, however, has been observed to lead to the model blowing up.

After training, the mean and standard deviation of inputs for the layer can be set as mean values observed over the training dataset.

For small mini-batch sizes or mini-batches that do not contain a representative distribution of examples from the training dataset, the differences in the standardized inputs between training and inference (using the model after training) can result in noticeable differences in performance. This can be addressed with a modification of the method called Batch Renormalization (or BatchRenorm for short) that makes the estimates of the variable mean and standard deviation more stable across mini-batches.

Batch Renormalization extends batchnorm with a per-dimension correction to ensure that the activations match between the training and inference networks.

This standardization of inputs may be applied to input variables for the first hidden layer or to the activations from a hidden layer for deeper layers.

In practice, it is common to allow the layer to learn two new parameters, namely a new mean and standard deviation, Beta and Gamma respectively, that allow the automatic scaling and shifting of the standardized layer inputs. These parameters are learned by the model as part of the training process.

Note that simply normalizing each input of a layer may change what the layer can represent. […] These parameters are learned along with the original model parameters, and restore the representation power of the network.

Importantly the backpropagation algorithm is updated to operate upon the transformed inputs, and error is also used to update the new scale and shifting parameters learned by the model.

We add the BN transform immediately before the nonlinearity […] We could have also normalized the layer inputs u, but since u is likely the output of another nonlinearity, the shape of its distribution is likely to change during training, and constraining its first and second moments would not eliminate the covariate shift.

This section provides a few examples of milestone papers and popular models that make use of batch normalization.

In the 2015 paper that introduced the technique titled “Batch Normalization: Accelerating Deep Network Training by Reducing Internal Covariate Shift,” the authors Sergey Ioffe and Christian Szegedy from Google demonstrated a dramatic speedup of an Inception-based convolutional neural network for photo classification over a baseline method.

By only using Batch Normalization […], we match the accuracy of Inception in less than half the number of training steps.

Kaiming He, et al. in their 2015 paper titled “Deep Residual Learning for Image Recognition” used batch normalization after the convolutional layers in their very deep model referred to as ResNet and achieve then state-of-the-art results on the ImageNet dataset, a standard photo classification task.

Christian Szegedy, et al. from Google in their 2016 paper titled “Rethinking the Inception Architecture for Computer Vision” used batch normalization in their updated inception model referred to as GoogleNet Inception-v3, achieving then state-of-the-art results on the ImageNet dataset.

BN-auxiliary refers to the version in which the fully connected layer of the auxiliary classifier is also batch-normalized, not just the convolutions.

Dario Amodei from Baidu in their 2016 paper titled “Deep Speech 2 : End-to-End Speech Recognition in English and Mandarin” use a variation of batch normalization recurrent neural networks in their end-to-end deep model for speech recognition.

… we find that when applied to very deep networks of RNNs on large data sets, the variant of BatchNorm we use substantially improves final generalization error in addition to accelerating training

This section provides tips and suggestions for using batch normalization with your own neural networks.

Use With Different Network Types

Batch normalization is a general technique that can be used to normalize the inputs to a layer.

Probably Use Before the Activation

Batch normalization may be used on the inputs to the layer before or after the activation function in the previous layer.

It may be more appropriate after the activation function if for s-shaped functions like the hyperbolic tangent and logistic function.

The goal of Batch Normalization is to achieve a stable distribution of activation values throughout training, and in our experiments we apply it before the nonlinearity since that is where matching the first and second moments is more likely to result in a stable distribution

Perhaps test both approaches with your network.

This may require the use of much larger than normal learning rates, that in turn may further speed up the learning process.

In a batch-normalized model, we have been able to achieve a training speedup from higher learning rates, with no ill side effects

The faster training also means that the decay rate used for the learning rate may be increased.

Deep neural networks can be quite sensitive to the technique used to initialize the weights prior to training.

The stability to training brought by batch normalization can make training deep networks less sensitive to the choice of weight initialization method.

Batch normalization could be used to standardize raw input variables that have differing scales.

If the mean and standard deviations calculated for each input feature are calculated over the mini-batch instead of over the entire training dataset, then the batch size must be sufficiently representative of the range of each variable.

It may not be appropriate for variables that have a data distribution that is highly non-Gaussian, in which case it might be better to perform data scaling as a pre-processing step.

Don’t Use With Dropout

Batch normalization offers some regularization effect, reducing generalization error, perhaps no longer requiring the use of dropout for regularization.

Further, it may not be a good idea to use batch normalization and dropout in the same network.

The reason is that the statistics used to normalize the activations of the prior layer may become noisy given the random dropping out of nodes during the dropout procedure.

Batch normalization also sometimes reduces generalization error and allows dropout to be omitted, due to the noise in the estimate of the statistics used to normalize each variable.

In this post, you discovered the batch normalization method used to accelerate the training of deep learning neural networks.

What Are These Therapies and How Are They Used?