In this post, you will discover activation regularization as a technique to improve the generalization of learned features in neural networks. 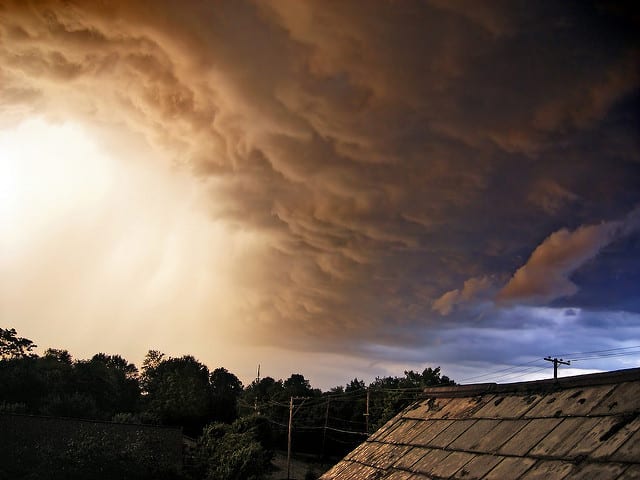 That is, during the training of the network, the model will automatically extract the salient features from the input patterns or “learn features.” These features may be used in the network in order to predict a quantity for regression or predict a class value for classification.

These internal representations are tangible things. The output of a hidden layer within the network represent the learned features by the model at that point in the network.

There is a field of study focused on the efficient and effective automatic learning of features, often investigated by having a network reduce an input to a small learned feature before using a second network to reconstruct the original input from the learned feature. Models of this type are called auto-encoders, or encoder-decoders, and their learned features can be useful to learn more about the domain (e.g. via visualization) and in predictive models.

The learned features, or “encoded inputs,” must be large enough to capture the salient features of the input but also focused enough to not over-fit the specific examples in the training dataset. As such, there is a tension between the expressiveness and the generalization of the learned features.

More importantly, when the dimension of the code in an encoder-decoder architecture is larger than the input, it is necessary to limit the amount of information carried by the code, lest the encoder-decoder may simply learn the identity function in a trivial way and produce uninteresting features.

In the same way that large weights in the network can signify an unstable and overfit model, large output values in the learned features can signify the same problems.

It is desirable to have small values in the learned features, e.g. small outputs or activations from the encoder network.

The loss function of the network can be updated to penalize models in proportion to the magnitude of their activation.

… place a penalty on the activations of the units in a neural network, encouraging their activations to be sparse.

The output of an encoder or, generally, the output of a hidden layer in a neural network may be considered the representation of the problem at that point in the model. As such, this type of penalty may also be referred to as ‘representation regularization.’

The desire to have small activations or even very few activations with mostly zero values is also called a desire for sparsity. As such, this type of penalty is also referred to as ‘sparse feature learning.’

One way to limit the information content of an overcomplete code is to make it sparse.

The encouragement of sparse learned features in autoencoder models is referred to as ‘sparse autoencoders.’

A sparse autoencoder is simply an autoencoder whose training criterion involves a sparsity penalty on the code layer, in addition to the reconstruction error

Sparsity is most commonly sought when a larger-than-required hidden layer (e.g. over-complete) is used to learn features that may encourage over-fitting. The introduction of a sparsity penalty counters this problem and encourages better generalization.

Sparse-overcomplete representations have a number of theoretical and practical advantages, as demonstrated in a number of recent studies. In particular, they have good robustness to noise, and provide a good tiling of the joint space of location and frequency. In addition, they are advantageous for classifiers because classification is more likely to be easier in higher dimensional spaces.

There is a general focus on sparsity of the representations rather than small vector magnitudes. A study of these representations that is more general than the use of neural networks is known as ‘sparse coding.’

Sparse coding provides a class of algorithms for finding succinct representations of stimuli; given only unlabeled input data, it learns basis functions that capture higher-level features in the data.

How to Encourage Small Activations

An activation penalty can be applied per-layer, perhaps only at one layer that is the focus of the learned representation, such as the output of the encoder model or the middle (bottleneck) of an autoencoder model.

A constraint can be applied that adds a penalty proportional to the magnitude of the vector output of the layer.

The activation values may be positive or negative, so we cannot simply sum the values.

Two common methods for calculating the magnitude of the activation are:

A hyperparameter must be specified that indicates the amount or degree that the loss function will weight or pay attention to the penalty. Common values are on a logarithmic scale between 0 and 0.1, such as 0.1, 0.001, 0.0001, etc.

This section provides some examples of activation regularization in order to provide some context for how the technique may be used in practice.

Regularized or sparse activations were originally sought as an approach to support the development of much deeper neural networks, early in the history of deep learning. As such, many examples may make use of architectures like restricted Boltzmann machines (RBMs) that have been replaced by more modern methods. Another big application of weight regularization is in autoencoders with semi-labeled or unlabeled data, so-called sparse autoencoders.

Xavier Glorot, et al. at the University of Montreal introduced the use of the rectified linear activation function to encourage sparsity of representation. They used an L1 penalty and evaluate deep supervised MLPs on a range of classical computer vision classification tasks such as MNIST and CIFAR10.

Additionally, an L1 penalty on the activations with a coefficient of 0.001 was added to the cost function during pre-training and fine-tuning in order to increase the amount of sparsity in the learned representations

This section provides some tips for using activation regularization with your neural network.

Use With All Network Types

Activation regularization is a generic approach.

It can be used with most, perhaps all, types of neural network models, not least the most common network types of Multilayer Perceptrons, Convolutional Neural Networks, and Long Short-Term Memory Recurrent Neural Networks.

Use With Autoencoders and Encoder-Decoders

Activity regularization may be best suited to those model types that explicitly seek an efficient learned representation.

The most common activation regularization is the L1 norm as it encourages sparsity.

Experiment with other types of regularization such as the L2 norm or using both the L1 and L2 norms at the same time, e.g. like the Elastic Net linear regression algorithm.

Unlike classical activation functions such as tanh (hyperbolic tangent function) and sigmoid (logistic function), the relu function allows exact zero values easily. This makes it a good candidate when learning sparse representations, such as with the l1 vector norm activation regularization.

It is common to use small values for the regularization hyperparameter that controls the contribution of each activation to the penalty.

It is a generally good practice to rescale input variables to have the same scale.

When input variables have different scales, the scale of the weights of the network will, in turn, vary accordingly. Large weights can saturate the nonlinear transfer function and reduce the variance in the output from the layer. This may introduce a problem when using activation regularization.

This problem can be addressed by either normalizing or standardizing input variables.

Use an Overcomplete Representation

Configure the layer chosen to be the learned features, e.g. the output of the encoder or the bottleneck in the autoencoder, to have more nodes that may be required.

In this post, you discovered activation regularization as a technique to improve the generalization of learned features.

A Blueprint for Brain Development