Neuroscientists and gamers may sound like strange bedfellows. But, when you are trying to unravel the secrets of the most complex biological organ in the known universe, you need to get creative.

That’s what Sebastian Seung, of the Princeton Neuroscience Institute, did in 2012 when he developed a game to trace all the neurons in a tiny sliver of mouse retina. Since then, more than a quarter of a million people around the world have played Eyewire, speeding the tedious effort of tracing cells and discovering 6 new types of neurons in the process. In May 2018, Seung unveiled the Eyewire museum, an interactive archive of roughly 1000 of the 3000 neural cells mapped from that sliver of retina.

And while Eyewire continues to make discoveries, Seung is taking what he has learned from the process to launch a new collaborative game, Neo, that aims to reconstruct the 100,000 neurons and 1 billion synapses found in a tiny cube of mouse primary visual cortex.

While the collaboration between gamers and neuroscientists isn’t intuitive obviously, Neo fits in nicely as one of the more than 500 projects comprising the U.S. Brain Research through Advancing Innovative Neurotechnologies (BRAIN) Initiative, a multidisciplinary collaboration which began in 2013. Supported by various agencies of the U.S.  government as well as private foundations, institutions, and corporations, the goal is to employ creative scientific and resource collaborations to reveal the inner workings of the human mind and to improve treatment and prevention of disorders of the brain.

“It’s providing the tools that will accelerate discovery,” says Richard Huganir, director of the department of neuroscience at Johns Hopkins University.

However, the U.S. BRAIN Initiative is not alone; governments around the world have taken on large scale brain research projects of their own. It’s a massive undertaking that underpins all our hopes to one day cure diseases like Alzheimer’s and schizophrenia. And, it’s one that transcends borders.

The European Union, Japan, China, Canada, Australia, and Korea all direct large-scale brain initiatives with research goals ranging from developing animal models of disease to neuroprosthetics. Such a large investment in brain research is necessary to crack the brain’s code one day. Successfully doing so requires the global initiatives work together to coordinate their efforts. 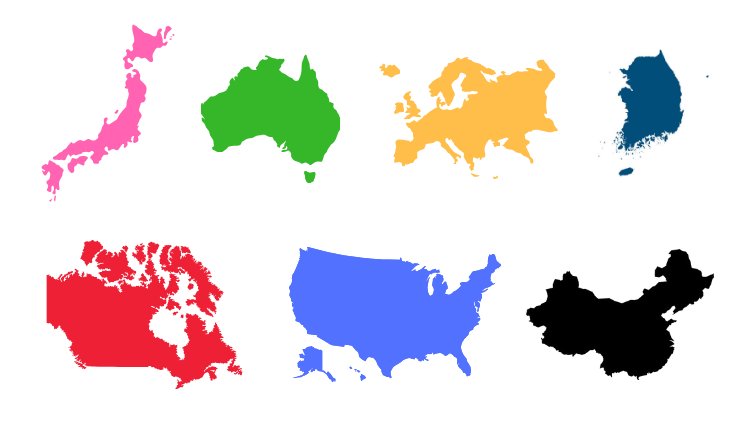 In December 2017, the United States, the European Union, Japan, Korea, and Australia formed the International Brain Initiative to speed the progress of brain research by leveraging and aligning their efforts for maximum efficiency. Initiative members are inviting brain research initiatives from other countries to join.

“It is very pleasing to see a global commitment to stronger collaboration on brain research. Challenges of this magnitude need a global effort,” President of the Australian Academy of Science Andrew Holmes said in a statement.

Because every brain research initiative is generating millions of bytes of data, members of the International Brain Initiative have committed to data sharing and standardization to facilitate making sense of this data. Christof Koch, chief bioscientist and president of the Allen Institute for Brain Science, asserts that making data and metadata openly available can lead to more accurate results.

Koch’s institute is known for its publicly available data resources such as atlases of gene expression in adult and developing human and mouse brains. One of the Allen Institute’s projects, the Allen Cell Types Database features neurophysiology data in a format designed by the Neurodata Without Borders: Neurophysiology (NWB:N) project to reduce barriers to access. With funding from the U.S. National Institutes of Health, the Institute is developing a way for scientists to translate data from other formats into NWB:N. The Allen Institute is also leading collaborative consortia to create a comprehensive reference of cell types in both the human and mouse brains. The data generated will be compiled and shared in a BRAIN Cell Data Center. All of these projects are part of the U.S. BRAIN Initiative.

All the work to create data, standardize data, and share data is just the first step. As worldwide brain research increases our knowledge about the brain, greater emphasis will be placed on translating basic science into clinical applications with a direct effect on human health and well-being.

“The long-term impact is that we’re getting tools to be able to understand brain circuits and functions, what is controlling motivational states, emotion, fear. If we understand the circuits and the pathways and cell types involved, we can apply that to helping people with depression and other neurological and psychiatric diseases,” Huganir said. “The long-term benefit is going to be huge.” Hannah Nelson is the digital content associate for Neuronline. She is also a freelance writer and editor passionate about science and the brain.