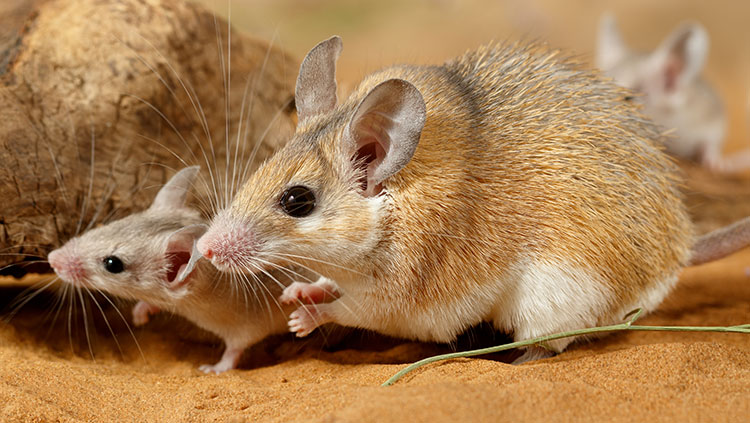 These were the top neuroscience stories for the week of September 21, 2020.

A mouse mom’s gut microbes guide healthy brain development in her pups, researchers reported September 23 in Nature. Pups born to moms lacking gut microbes — either because they were raised in sterile environments or because their microbes were depleted with antibiotics — had shorter and fewer axons linking the thalamus and cortex. This caused problems down the line, blunting the mice’s sensitivity to touch. Gut microbes may be producing metabolites that influence the pup’s brain development. Levels of metabolites in a mother mouse’s blood correlated with metabolite levels in her pups’ brains. And, supplementing pregnant mice’s diets with those metabolites prevented abnormal brain development in pups.

Big picture: The microbes residing in our gut impact many aspects of our health, like immunity and mood. More research is needed to see if the maternal microbiome shapes brain development in humans like it does in mice.

Birds Are Smarter Than We Thought

The mammalian brain’s crowning achievement is the cerebral cortex, the wrinkled outer layer where high-level cognition — perception, reasoning, planning, and decision-making — occurs. Birds don’t have a cortex, yet many have remarkable cognitive abilities. For instance, crows can count, use tools, and even solve puzzles. Now, writing in Science on September 25, two independent groups of researchers may have identified the source of avian intelligence. Using a three-dimensional imaging technique, the first group identified a cortex-like arrangement of neurons within the pallium of pigeons and barns owls, a structure believed to be comparable to the cortex. The second group trained two crows to peck at red or blue squares on a screen, depending on whether they had seen a gray square moments before. The researchers recorded the activity of neurons in the pallium while the crows performed the task and found some fired depending on the “report” the crow was about to make — “yes, I saw a gray square” or “no, I didn’t see a gray square.” This may indicate the crows were aware of their sensory experience, a hallmark of consciousness.

Related: Suzana Herculano-Houzel: What is So Special About the Human Brain?

How to Develop Elastic Net Regression Models in Python

How Stress Alters the Brain and Behavior

A Neuroaesthetics Approach to Health, Well-being, and Learning

The Abrasive Aroma Behind Smelling Salts