Artificial neural networks have two main hyperparameters that control the architecture or topology of the network: the number of layers and the number of nodes in each hidden layer.

You must specify values for these parameters when configuring your network.

The most reliable way to configure these hyperparameters for your specific predictive modeling problem is via systematic experimentation with a robust test harness.

This can be a tough pill to swallow for beginners to the field of machine learning, looking for an analytical way to calculate the optimal number of layers and nodes, or easy rules of thumb to follow.

In this post, you will discover the roles of layers and nodes and how to approach the configuration of a multilayer perceptron neural network for your predictive modeling problem. 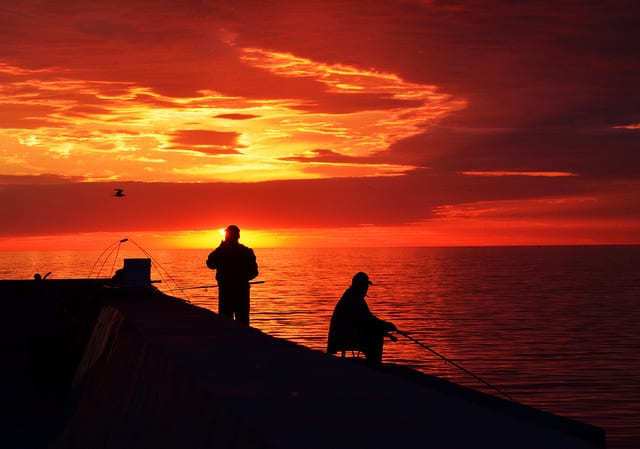 How to Configure the Number of Layers and Nodes in a Neural Network
Photo by Ryan, some rights reserved.

This post is divided into four sections; they are:

A node, also called a neuron or Perceptron, is a computational unit that has one or more weighted input connections, a transfer function that combines the inputs in some way, and an output connection.

Nodes are then organized into layers to comprise a network.

Single-layer networks have just one layer of active units. Inputs connect directly to the outputs through a single layer of weights. The outputs do not interact, so a network with N outputs can be treated as N separate single-output networks.

The standard multilayer perceptron (MLP) is a cascade of single-layer perceptrons. There is a layer of input nodes, a layer of output nodes, and one or more intermediate layers. The interior layers are sometimes called “hidden layers” because they are not directly observable from the systems inputs and outputs.

We can summarize the types of layers in an MLP as follows:

Finally, there are terms used to describe the shape and capability of a neural network; for example:

How to Count Layers?

Traditionally, there is some disagreement about how to count the number of layers.

The disagreement centers around whether or not the input layer is counted. There is an argument to suggest it should not be counted because the inputs are not active; they are simply the input variables. We will use this convention; this is also the convention recommended in the book “Neural Smithing“.

Therefore, an MLP that has an input layer, one hidden layer, and one output layer is a 2-layer MLP.

The structure of an MLP can be summarized using a simple notation.

For example, a network with two variables in the input layer, one hidden layer with eight nodes, and an output layer with one node would be described using the notation: 2/8/1.

I recommend using this notation when describing the layers and their size for a Multilayer Perceptron neural network.

Why Have Multiple Layers?

Before we look at how many layers to specify, it is important to think about why we would want to have multiple layers.

A single-layer neural network can only be used to represent linearly separable functions. This means very simple problems where, say, the two classes in a classification problem can be neatly separated by a line. If your problem is relatively simple, perhaps a single layer network would be sufficient.

Most problems that we are interested in solving are not linearly separable.

A Multilayer Perceptron can be used to represent convex regions. This means that in effect, they can learn to draw shapes around examples in some high-dimensional space that can separate and classify them, overcoming the limitation of linear separability.

In fact, there is a theoretical finding by Lippmann in the 1987 paper “An introduction to computing with neural nets” that shows that an MLP with two hidden layers is sufficient for creating classification regions of any desired shape. This is instructive, although it should be noted that no indication of how many nodes to use in each layer or how to learn the weights is given.

A further theoretical finding and proof has shown that MLPs are universal approximators. That with one hidden layer, an MLP can approximate any function that we require.

Specifically, the universal approximation theorem states that a feedforward network with a linear output layer and at least one hidden layer with any “squashing” activation function (such as the logistic sigmoid activation function) can approximate any Borel measurable function from one finite-dimensional space to another with any desired non-zero amount of error, provided that the network is given enough hidden units.

This is an often-cited theoretical finding and there is a ton of literature on it. In practice, we again have no idea how many nodes to use in the single hidden layer for a given problem nor how to learn or set their weights effectively. Further, many counterexamples have been presented of functions that cannot directly be learned via a single one-hidden-layer MLP or require an infinite number of nodes.

Even for those functions that can be learned via a sufficiently large one-hidden-layer MLP, it can be more efficient to learn it with two (or more) hidden layers.

How Many Layers and Nodes to Use?

With the preamble of MLPs out of the way, let’s get down to your real question.

How many layers should you use in your Multilayer Perceptron and how many nodes per layer?

In this section, we will enumerate five approaches to solving this problem.

In general, when I’m asked how many layers and nodes to use for an MLP, I often reply:

I don’t know. Use systematic experimentation to discover what works best for your specific dataset.

I still stand by this answer.

In general, you cannot analytically calculate the number of layers or the number of nodes to use per layer in an artificial neural network to address a specific real-world predictive modeling problem.

The number of layers and the number of nodes in each layer are model hyperparameters that you must specify.

You are likely to be the first person to attempt to address your specific problem with a neural network. No one has solved it before you. Therefore, no one can tell you the answer of how to configure the network.

You must discover the answer using a robust test harness and controlled experiments. For example, see the post:

Regardless of the heuristics you might encounter, all answers will come back to the need for careful experimentation to see what works best for your specific dataset.

The network can be configured via intuition.

For example, you may have an intuition that a deep network is required to address a specific predictive modeling problem.

A deep model provides a hierarchy of layers that build up increasing levels of abstraction from the space of the input variables to the output variables.

Given an understanding of the problem domain, we may believe that a deep hierarchical model is required to sufficiently solve the prediction problem. In which case, we may choose a network configuration that has many layers of depth.

Choosing a deep model encodes a very general belief that the function we want to learn should involve composition of several simpler functions. This can be interpreted from a representation learning point of view as saying that we believe the learning problem consists of discovering a set of underlying factors of variation that can in turn be described in terms of other, simpler underlying factors of variation.

In my experience, intuitions are often invalidated via experiments.

In their important textbook on deep learning, Goodfellow, Bengio, and Courville highlight that empirically, on problems of interest, deep neural networks appear to perform better.

Specifically, they state the choice of using deep neural networks as a statistical argument in cases where depth may be intuitively beneficial.

Empirically, greater depth does seem to result in better generalization for a wide variety of tasks. […] This suggests that using deep architectures does indeed express a useful prior over the space of functions the model learns.

We may use this argument to suggest that using deep networks, those with many layers, may be a heuristic approach to configuring networks for challenging predictive modeling problems.

This is similar to the advice for starting with Random Forest and Stochastic Gradient Boosting on a predictive modeling problem with tabular data to quickly get an idea of an upper-bound on model skill prior to testing other methods.

A simple, but perhaps time consuming approach, is to leverage findings reported in the literature.

Nevertheless, the network layers and number of nodes used on related problems is a good starting point for testing ideas.

You can seed the search with ideas from literature and intuition.

Some popular search strategies include:

This can be challenging with large models, large datasets and combinations of the two. Some ideas to reduce or manage the computational burden include:

I recommend being systematic if time and resources permit.

I do not want to enumerate them; I’m skeptical that they add practical value beyond the special cases on which they are demonstrated.

If this area is interesting to you, perhaps start with “Section 4.4 Capacity versus Size” in the book “Neural Smithing“. It summarizes a ton of findings in this area. The book is dated from 1999, so there are another nearly 20 years of ideas to wade through in this area if you’re up for it.

Also, see some of the discussions linked in the Further Reading section (below).

Did I miss your favorite method for configuring a neural network? Or do you know a good reference on the topic?
Let me know in the comments below.

In this post, you discovered the role of layers and nodes and how to configure a multilayer perceptron neural network.

The post How to Configure the Number of Layers and Nodes in a Neural Network appeared first on Machine Learning Mastery.